By mid-'80s, theatre was in disrepair

By the 1960s, the Sebastiani Theatre faced competition from the increasing popularity of television. The number of screenings was reduced and the theater was closed on Mondays and Tuesdays. 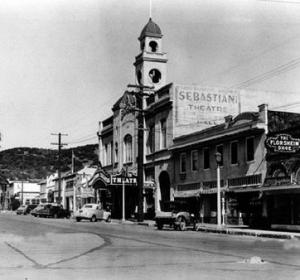